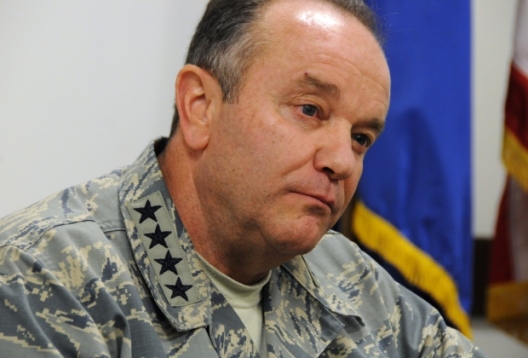 “As little as a week and a half, two weeks ago, I would have put military incursion as the most likely outcome,” Breedlove told National Journal. “Now, I don’t take that option off the table—[Putin] can still use it, his force is imminently prepared to do that—but he may be able to accomplish his objectives with simply the unrest his forces are causing in eastern Ukraine right now. . . .”

While Russia denies this, Breedlove agrees the unrest in Ukraine is “absolutely orchestrated and empowered by Russia.” If Putin continues to succeed in fomenting unrest, and “distrust in the Kiev government,” Breedlove said, “Putin … may never now have to come across the border with the larger land elements.”