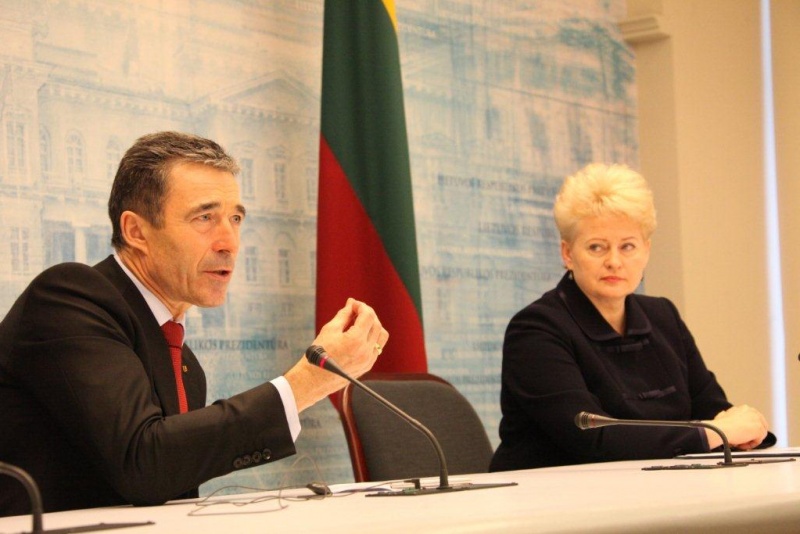 From AFP:  NATO chief Anders Fogh Rasmussen Thursday urged Russia to refrain from building up its military near the alliance’s borders, saying it was a concern for the 28-nation organization.

“These Russian statements are of course a matter of concern for NATO allies,” he told reporters in Lithuania’s capital Vilnius. “It is a complete waste of Russian financial resources, because it is a buildup of offensive military capacities directed against an artificial enemy, an enemy that doesn’t exist,” he said.

“NATO has no intention whatsoever to attack Russia,” he added, speaking alongside Lithuania’s President Dalia Grybauskaite.

Moscow has warned that it plans to deploy Iskander missiles in Kaliningrad, and earlier this month, Russian media reported that an S-400 Triumph anti-aircraft missile system would go into service there in April. . . .

Rasmussen said it was time for a reality check.

“It doesn’t make sense to build up offensive military capacities in the Kaliningrad region. I would encourage the Russians to face a new reality, we are not enemies, we are not adversaries, we should be partners and it would be of mutual benefit if we develop peaceful cooperation,” he said.  (photo: Office of the President of Lithuania)