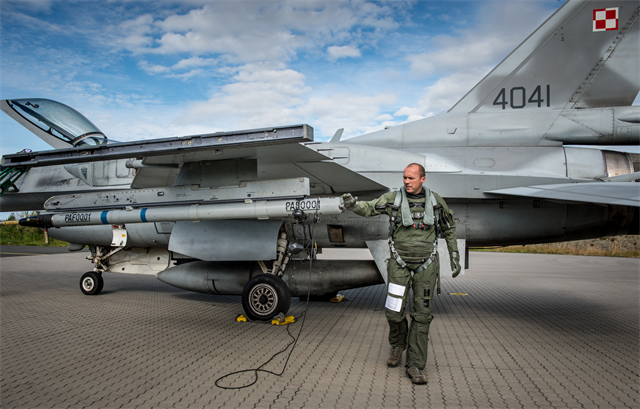 One of the largest NATO air training events of the year, Exercise Brilliant Arrow, took place at Orland Airbase, in Norway from 25 Aug to 5 Sep 2013. The exercise challenged the approximately 650 exercise participants during a wide range of air missions conducted using approximately 50 military aircraft. Brilliant Arrow 2013 is the first live-fly exercise prepared and conducted by HQ AIRCOM, NATO’s single Air Command in Germany.

During the two-week exercise, aircrew from ten different countries trained for both offensive and defensive missions. The exercise is the first in a series of manoeuvres taking place this fall designed to hone the skills and interoperability of NATO Response Forces (NRF), and the focus was on maintaining air readiness and interoperability. Realistic and demanding multi-national exercises like Brilliant Arrow are essential in maintaining and enhancing the effectiveness of NATO’s deployable forces.

“These exercises will keep the alliance ready and prepared to respond to any future challenges,” said Dutch exercise-director Colonel Frank Gerards. “Brilliant Arrow trains the Air Component of the NATO Response Force to deploy quickly wherever needed,” he added.

NATO Response Force Training
According to Col. Gerards, Exercise Brilliant Arrow is one component of a wider program to train the NATO Response Force. Initial training is conducted by nations at home to ensure basic standards are met, followed by deployment and initial exercises in a multinational environment, such as Exercise Brilliant Arrow. The final component is a large combined multinational training event such as Exercise Steadfast Jazz which takes place in November of this year, he said.

“When we have successfully completed those three phases we will be ready for a whole year on NRF standby, ready to deploy if required,” said Col. Gerards.

Achievements
Establishing effective command and control from HQ AIRCOM in Ramstein, Germany was a major objective for Exercise Brilliant Arrow. Col Gerards indicated that this had been achieved, which was noteworthy given that for most nations, this was the first time dealing with Ramstein as the sole Air Headquarters in NATO. He indicated that the successful deployment of aircraft and the integration of all assets into a multinational environment were other objectives that were successfully achieved during the training event.

Twice a day, aircraft took off from Orland, Norway to fly missions above the North Sea and the Norwegian mainland. Aircraft from Norway, France, Germany, Greece, Italy, the Netherlands, Poland, Portugal, Turkey and the United Kingdom, participated in the exercise and in total they flew 534 sorties. Most of the participating countries flew the F-16s, while Germany employed Tornados and France utilised Mirage 2000 aircraft. The UK and France joined with AWACS aircraft and The Netherlands provided support with a KDC-10 air-to-air refuelling tanker. Several transport aircraft, helicopters, and ‘jammers’ also took part in the exercise. The role of the ‘jammer’ aircraft is to disrupt enemy electronic signals thereby hindering the opposing force in the execution of their mission.