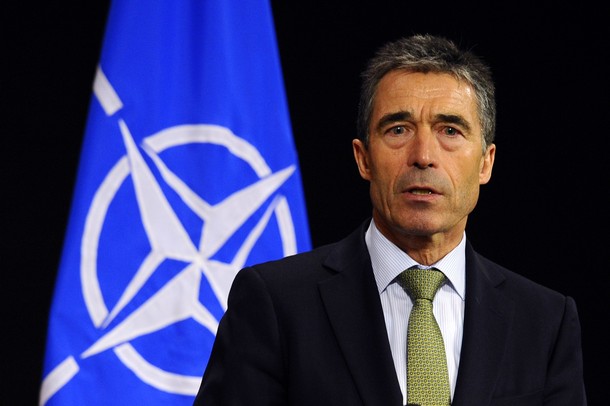 From Slobodan Lekic, the AP:  NATO‘s top official on Monday defended the alliance’s plan for a shield against ballistic missiles in Europe, insisting the system is on track despite two U.S. reports that describe it as over budget and plagued by technical problems.

Secretary-General Anders Fogh Rasmussen said in an interview with The Associated Press the military alliance plans to announce its initial operational capacity at its summit in Chicago next month and that tests of the missile defense system show it is working.

"This will make it possible to protect parts of NATO territory, and that concept will be further developed in the coming years so that we will gradually be able to protect all the populations in European NATO countries," Fogh Rasmussen said.

"As far as NATO is concerned, we have tested the systems and they work."

Reports by the Defense Science Board, an advisory group to the U.S. Defense Department, and the U.S. Congress’ Government Accountability Office, indicated the system is plagued by technological problems, delays and cost overruns. The reports say missile interceptors are running into production glitches, radars are underpowered and sensors cannot distinguish between warheasds and other objects.

Fogh Rasmussen declined to discuss specifics, saying he had not seen the reports.