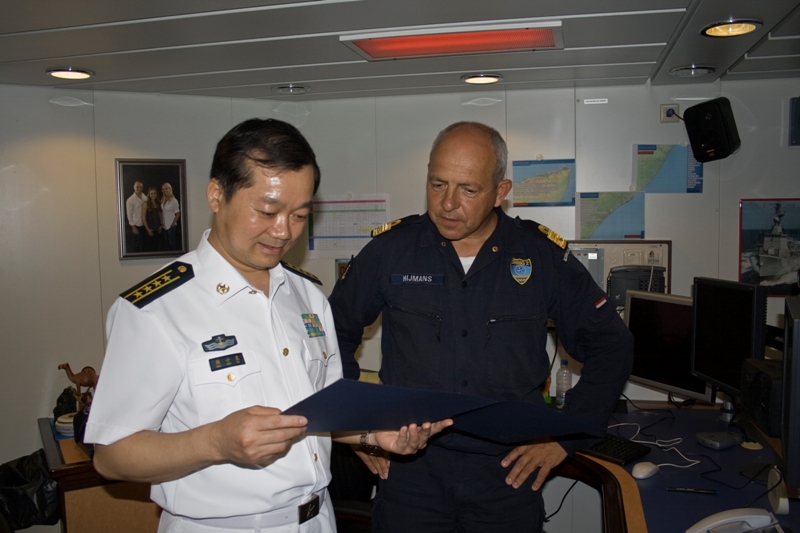 The Chinese Navy has been busy in the Gulf of Aden escorting merchant ships through the Internationally Recommended Transit Corridor. Having recently taken over command of the Chinese counter piracy task force, Commodore Han Xiaoh stated that he would be very happy to continue the relationship with NATO maritime forces started by his predecessor and work on keeping the sea lanes open and safe from piracy and crime.

Speaking about the visit by Commodore Han Xiaoh to the NATO flagship, Commodore Hijmans stated "I am delighted that NATO is building on what we had already established with the Chinese Navy. The contribution of all navies in the region is vital to keep a grip on the enormous area we have to cover and the numerous pirate vessels that are causing so much havoc. As long as we keep working together maritime forces stand a chance of keeping the pirates at bay.”  (photo: Allied Command Operations)