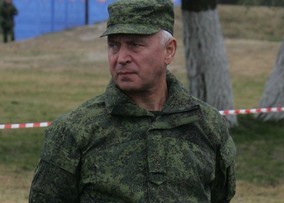 From RIA Novosti:  A NATO delegation will visit Russia on July 22-24 to discuss cooperation on the fight against sea piracy and Russia’s assistance to NATO contingent in Afghanistan, the Russian Defense Ministry said.

NATO officials, led by Chairman of the NATO Military Committee Adm. Giampaolo di Paola, will meet with Chief of the General Staff of the Russian Armed Forces Gen. Nikolai Makarov and other senior military officials.

"The sides are planning to review the preliminary results of Russia-NATO cooperation in 2010 and discuss the prospects of future interaction in various areas," the ministry said in a statement.

"The discussions will focus on the fight against sea piracy, logistics, and the situation in Afghanistan," the statement said.  (photo: Getty)