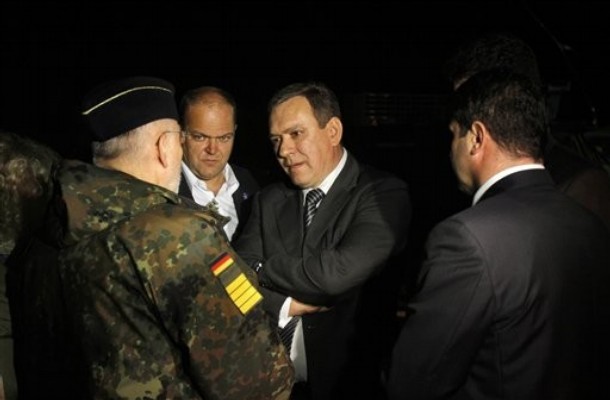 From Nebi Qena, the AP:  NATO deployed over 100 troops in Kosovo’s north in a response to violent incidents that have plagued the ethnically tense region, in a move that a top Serbian official called a provocation.

Serbia’s top official for Kosovo Goran Bogdanovic said the force, which was deployed late Wednesday, is "trying to provoke the Serbs into reacting." He blamed NATO for waging "a propaganda war."

NATO troops backed by a local police force manned checkpoints on the main road linking Kosovo and Serbia to search for weapons. They searched passengers and car trunks for hidden weapons. …

The altercation between Bogdanovic and NATO troops, known as KFOR, points to the difficulties local and international authorities face in regaining control over the country’s north where they are opposed by minority Serbs.

"This is a psychological propaganda war against the Serbs in the north of Kosovo," Bogdanovic told The Associated Press at the site, flanked by bodyguards and a local Serb leader.  (photo: AP)