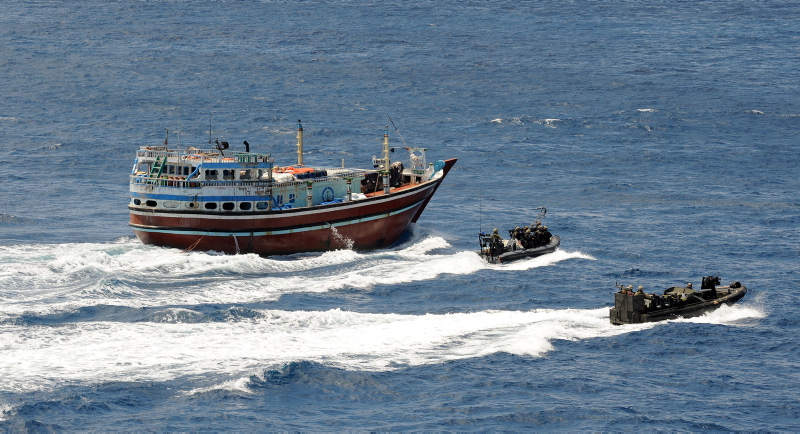 From NATO:  NATO Allies agreed on 19 March to extend the Alliance’s counter piracy naval operation Ocean Shield, which operates off the Horn of Africa to protect merchant traffic from pirate attacks, for a further two years until the end of 2014.

This decision reflects NATO’s enduring commitment to counter the threat of piracy that exists in the Gulf of Aden and in the Western Indian Ocean. Working with the maritime community, individual nations and the US and EU-led counter piracy operations, NATO’s naval effort is making a difference, with the number of successful pirate hijacking down significantly in 2012.

In January of this year there were 4 pirate attacks, all of which were unsuccessful. As a result 80 suspected pirates were captured by counter piracy forces of which 59 were detained by NATO ships. In comparison, in January 2011 there were 29 attacks and 6 ships were pirated.

At the end of November 2011, the United Nations Security Council voted to extend its mandate for those fighting piracy off the Horn of Africa by a further 12 months. The extension of NATO operation to the end of 2014 reflects NATO commitment to an effort that started in 2008. In unanimously adopting resolution 2020, the Security Council stressed the need for the international community to not only tackle piracy but also to deal with the underlying causes i.e. the instability ashore in Somalia, something NATO has been stressing from the beginning.  (photo: Allied Maritime Command HQ Northwood)