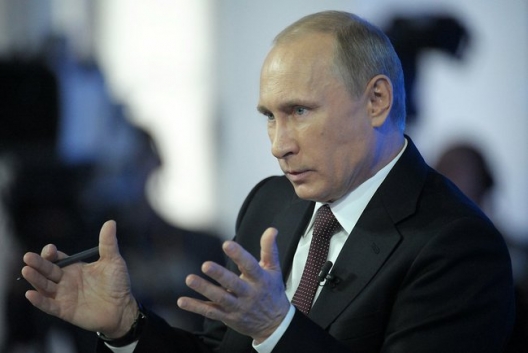 A North Atlantic Treaty Organization spokeswoman blamed a “fly-on-the-wall documentary” as the source of Russian President Vladimir Putin’s claim that Secretary-General Anders Fogh Rasmussen was using a Dictaphone while he was Danish prime minister to secretly record a meeting.

Mr. Putin levied the Dictaphone accusation against Mr. Rasmussen Thursday during a widely covered question and answer session, using it as an example of why NATO’s chief couldn’t be trusted. Oana Lungescu, a NATO spokeswoman, said Thursday that the accusations were “complete nonsense” since Mr. Rasmussen never wore a Dictaphone to meetings.

Danish newspaper Politiken, however, later ran an interview with documentary filmmaker Christoffer Guldbrandsen, who directed a film called “Fogh — Behind the Façade.” The decade-old film profiled Mr. Rasmussen when he was Danish prime minister, and features a recorded exchange with Mr. Putin.

Mr. Gulbrandsen, a journalist with Danish public broadcaster DR, told Politiken that his subject was indeed wearing a microphone when he met with Mr. Putin in Brussels in 2002. Mr. Rasmussen was wearing the microphone to be heard during a meeting with journalists, and he didn’t take it off when he later met with Mr. Putin. . . .

Western officials portrayed the comments as part of a pattern in which Mr. Putin makes accusations against the West to distract from his actions in Ukraine.