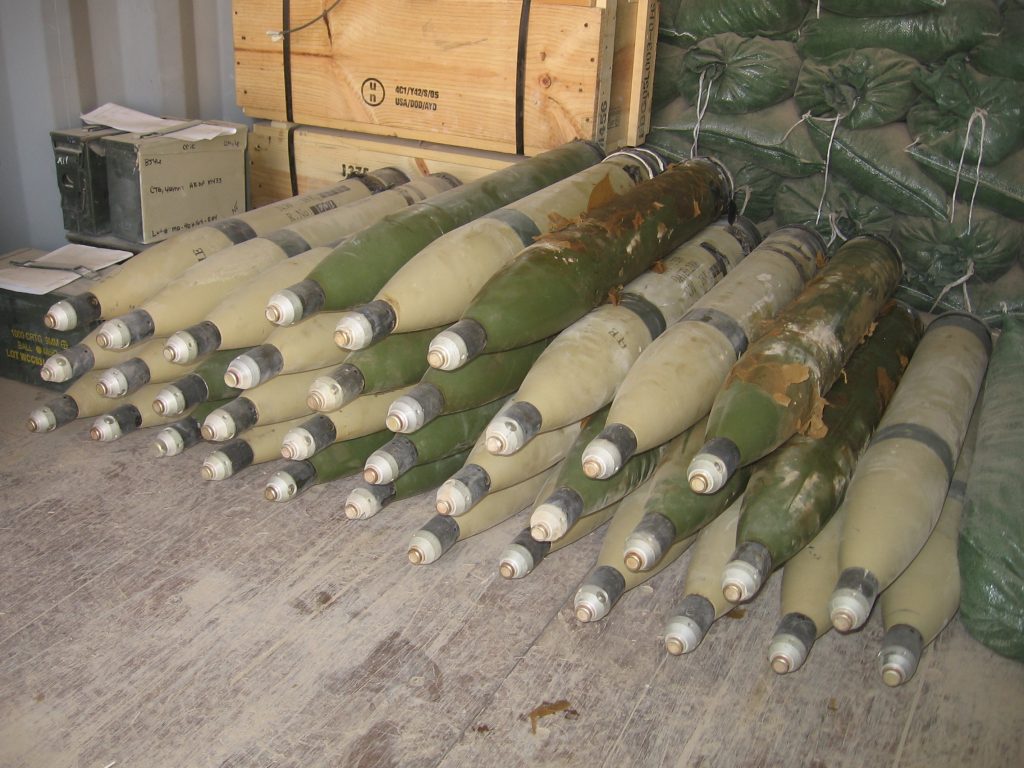 The shipment is seen as a serious escalation in Iran’s state support of the Taliban insurgency, according to NATO officials and described in detail by an international intelligence official. …

The intercepted 122-millimeter rockets can be fired up to 13 miles (22 kilometers) away from a target, and explode in a burst up to 80 feet (25 meters) wide – double that of the previous 107-millimeter rockets provided by Iran to the Taliban since 2006, the intelligence official said. The official spoke on condition of anonymity to discuss classified matters. …

British Foreign Secretary William Hague said they were sent by Iran and intended "to provide the Taliban with the capability to kill Afghan and ISAF (International Security Assistance Force) soldiers from significant range."

Hague said Britain’s ambassador to Iran Simon Gass – who will soon replace Sedwill as the NATO envoy in Afghanistan – had raised the discovery of the haul with the Iranian foreign ministry.  (photo: MNF-I PAO)