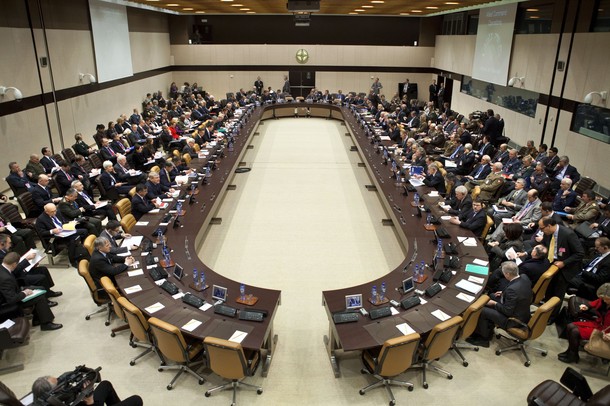 From Oxford Analytica, CNN: Every generation of Western politicians has dreaded the possibility of NATO’s demise. In the 1960s, governments assumed that the anti-Americanism generated by the Vietnam War would tear the alliance apart. A decade later, there were worries that detente would produce the same result. When the Cold War ended, politicians feared that the ‘glue’ provided by the Soviet threat would disappear. Yet NATO defied these predictions and survived with an increased membership and enhanced reputation. . . .

NATO as such is unlikely to disappear – if only because, as the Libya operation showed, Europe’s Common Security and Defense Policy is not and cannot be an alternative to the alliance. The Europeans will not acquire any capabilities to conduct autonomous military operations, so they will need logistical support and access to enormous U.S. military capabilities.

The United States itself is unlikely to give up on the alliance; it has no comparable multinational military structure anywhere else in the world. However, the alliance will increasingly become a looser ‘talking shop’ where security issues are debated but not necessarily resolved.

While NATO members disagree as to its future role, none has any interest in disintegration. Although stresses within the alliance will come up at the NATO summit in May in Chicago, the alliance will survive – at a minimum as a venue for articulating political controversies, and probably in a more organized way than before.  (photo: Getty)