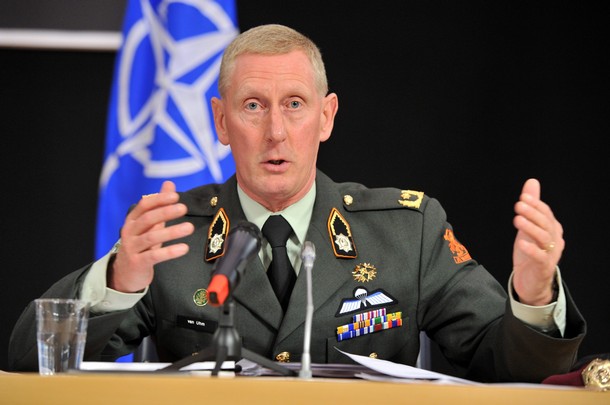 From the AP:   A NATO general is rejecting French criticism of the operation in Libya, saying the alliance is performing well and protecting civilians.

France’s foreign minister said earlier Tuesday that NATO needed to do more to take out the heavy weaponry that has repeatedly checked the advances of opposition forces. Alain Juppe told France-Info radio, "NATO has to play its role in full."

Van Uhm says, "I think with the assets we have, we’re doing a great job."  (photo: Getty)