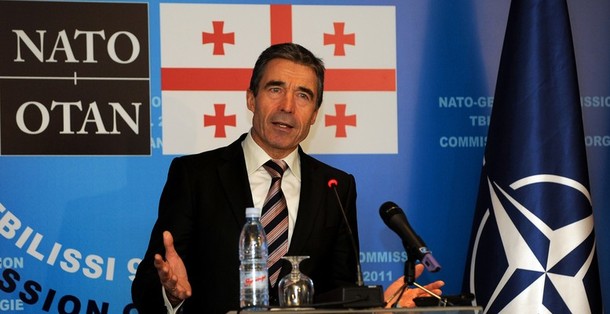 From Joshua Kucera, the Bug Pit:  NATO’s special representative for the Caucasus and Central Asia has praised Georgia’s cooperation with the alliance , continuing a recent pattern that suggests Georgia will take some sort of step forward at the upcoming NATO summit in Chicago. The official, James Appathurai, gave an interview to the magazine Tabula (video in English), summarized by Civil.ge:

NATO "took a decision in Bucharest [in 2008] that Georgia will become a NATO member if it still wants to and when it meets the standards of course," he said… "[Georgia] still wants to and based on popular support in Georgia I expect that to stay the same and Georgia is working to meet the standards. We have not changed our view. We continue to work towards that step when Georgia will become a NATO member and Georgia is taking the steps as well and in fact, as the Secretary General said, we are getting closer together."

"We’ve just agreed the package of measures to, as we call it, enhance Georgia’s connectivity to NATO. Over the past few years, including since 2008, Georgia has taken steps at bringing closer links, closer ties, closer connections to NATO. We will take a note of that as [Georgia’s] National Security Advisor [Giga Bokeria] is here and when President Saakashvili comes in few weeks to meet with North Atlantic Council again," said Appathurai, who is also the Deputy Assistant Secretary General for Political Affairs and Security Policy.

Appathurai said that what sort of step Georgia might take at the NATO summit in May was "very much an open topic," though he emphasized accession would not be on the agenda.  (photo: Getty)