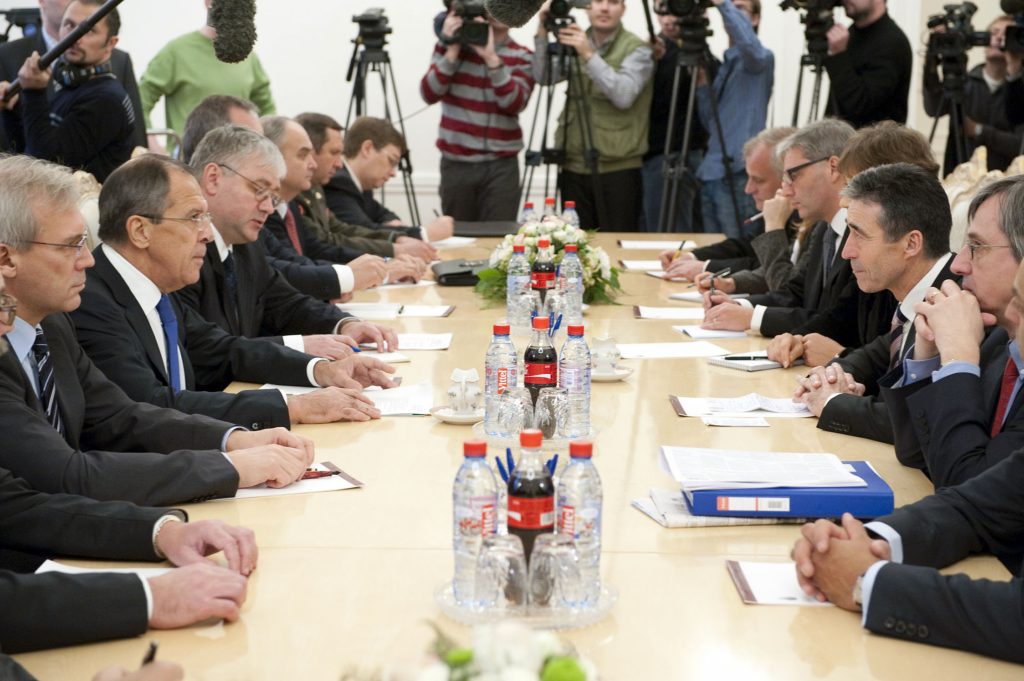 From Conor Humphries, Reuters:  NATO and Russia need to embark on a new relationship, the head of the Western military alliance said on Wednesday on a trip to Moscow to lobby for Russian help in Afghanistan.

The visit by NATO Secretary General Anders Fogh Rasmussen will pave the way for a summit of the 28-nation alliance in Lisbon on November 19-20. Russian President Dmitry Medevedev has accepted an invitation to attend the meeting, where NATO will work out a new strategic plan.

"The meeting in Lisbon is a real opportunity to turn a new page, to bury the ghosts of the past," Rasmussen told a news briefing in the Russian capital.

NATO has called on Russia to expand supply routes to Afghanistan and provide Afghan soldiers with Russian helicopters and counter-narcotics training. Rasmussen said the issues would be discussed in Lisbon.

"We will hopefully make a decision on enhanced cooperation on counter-narcotics training, a broadened transit agreement and also progress on implementing the helicopter package," said Rasmussen, a former Danish prime minister.

NATO has stressed that cooperation does not mean Russian forces being deployed in Afghanistan.

From Nataliya Vasilyeva, the AP:  Russia promised Wednesday to do more to help NATO in Afghanistan, but stopped short of making any specific commitments.

"We will expand our cooperation in Afghanistan, it’s in our common vital interests," Lavrov said without elaboration. (photo: NATO)