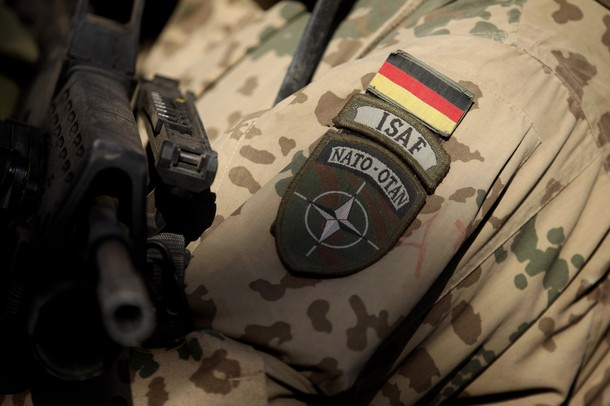 From Thom Shanker, the New York Times:  NATO forces are facilitating efforts by the Afghan government to seek a reconciliation deal with insurgents, including a pledge to guarantee safe passage for Taliban leaders who have attended initial peace talks in Kabul, a senior NATO official said Wednesday.

The NATO official confirmed that “there has been outreach by very senior members of the Taliban to the highest levels of the Afghan government.” But the official cautioned that these have been only preliminary discussions about reintegrating insurgent fighters and reconciling with the militant movement’s leadership.

Even so, the official said, prospect of a cease-fire and peace pact as a path to ending the war, now nine years old, is deemed sufficiently tantalizing that personnel from NATO nations in Afghanistan “have indeed facilitated to various degrees the contacts.”

While Afghan officials and President Hamid Karzai himself have acknowledged that preliminary discussions are under way with some elements of the Taliban, the NATO official’s remarks represented a previously undisclosed NATO role in facilitating the effort.

The official declined to describe specifically what members of NATO’s Afghanistan force, known as the International Security Assistance Force or ISAF, have done to support the talks between the Afghan government and the Taliban, except to note a broad category of granting safe passage to insurgent leaders who agree to the talks.

“These are contacts that have taken place in Kabul,” the NATO official said. “It would be extremely difficult for a senior Taliban member to get to Kabul without being killed or captured if ISAF were not witting. And ISAF is witting.”  (photo: Getty)