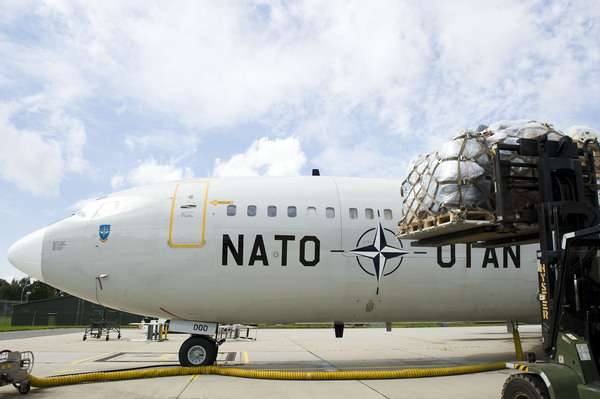 From NATO:  An Antonov 124 transport aircraft will depart the Leipzig/Halle airport in Germany this Friday, 27 August carrying around 100 tons of relief goods to Islamabad. It will deliver power generators and water tanks donated by Germany, as well baby food donated by a non-governmental organisation. The transport aircraft lease is a contribution by Germany to the overall NATO effort to airlift humanitarian aid to Pakistan.

During the weekend, a NATO Trainer Cargo Aircraft from the NATO Airborne Early Warning and Control Force (AWACS) is scheduled to depart Geilenkirchen airbase in Germany to Islamabad. It will transport in total around 16 tons of humanitarian relief items donated by a non-governmental organisation comprising power generators, boats, food and clothing.

The North Atlantic Council decided earlier this month to provide airlift and sealift for the delivery of aid donated by nations and humanitarian relief organizations, in response to a request by the Government of Pakistan.  (photo: NATO)