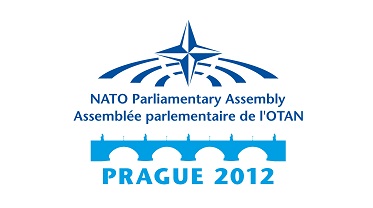 From NATO Parliamentary Assembly:  Lawmakers from NATO nations issued a series of warnings to Allied governments Saturday highlighting the need to maintain credible defence spending in the face of the economic crisis. Failure to do so, they cautioned, risks undermining the Alliance’s vital security role.

“The financial crisis has aggravated the problem of declining defence budgets in most member countries,” said Danish legislator John Dyrby Paulsen. “The strain that this trend has put on NATO member states’ defence budgets is limiting the Alliance’s ability to respond to emerging security challenges and affecting its critical military allies.”

Paulsen spoke at the Annual Session of NATO’s Parliamentary Assembly which has brought almost 300 parliamentarians from the 28 Alliance members and partner nations to Prague. . . .

The threat to Alliance unity is heightened by an increased focus of US policy on the Asia-Pacific region and a growing American expectation that Europe has to do more to provide for its own security.

“The United States does expect Europeans to take greater responsibility for security challenges in their neighbourhood,” said a report drafted by Nicole Ameline of the French National Assembly. “NATO may no longer be able to rely as much on US enablers.”

Legislators expressed support for the concept of “smart defence” being elaborated by NATO to boost the effectiveness of military spending through pooling and sharing capabilities. “In pooling its assets and resources, NATO has made considerable progress,” said Bulgarian lawmaker Assen Agov. “But much more needs to be done.”  (graphic: NATO Parliamentary Assembly)