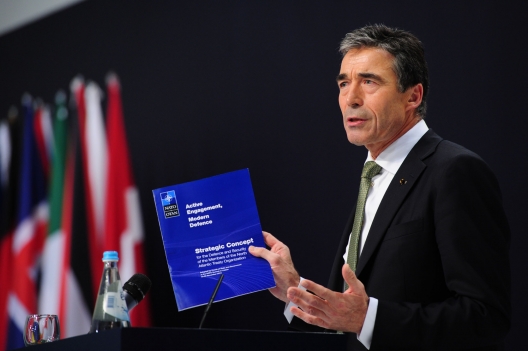 Nato has been shaken by the effectiveness of Russia’s online information war during the Ukraine conflict and is now looking for ways to counter the country’s aggressive propaganda campaigns , the UK ambassador [Adam Thomson] to the world’s largest military alliance has said. . . .

“The summit will take decisions on Nato’s long-term posture,” Mr Thomson said. “Some of that will be military steps, some of it will be steps to address these new tactics, which we are thinking about hard right now.”

“How do you counter Russian propaganda? How do we do better on cyber defence? How do we improve our intelligence collaboration so we have better situational awareness if you’ve got unbadged soldiers operating on alliance territory?”

Pro-Nato think-tanks, military organisations linked to member states and Nato itself have been the target of internet trolling campaigns, traditional media disinformation and cyber attacks designed to bolster domestic support and attack foreign opponents, in traditional media and online. Senior Nato officials have told the FT they are in little doubt that such activities are orchestrated on a large scale by the Russian government. . . .

“Nato [needs] to be able to pop the Russian myths that are propagated about Nato itself… it needs to be able to look after its own equity in this, if you like,” he said.