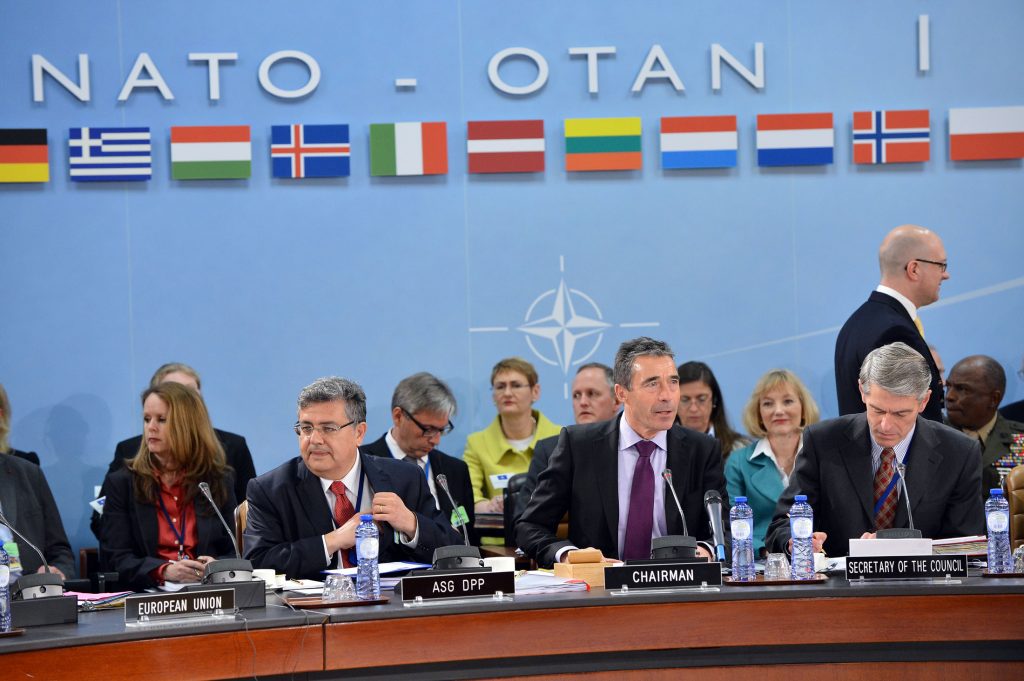 From Spiegel:  After the almost total withdrawal of ISAF troops at the end of 2014, according to the strategy, NATO members don’t want to leave the country entirely to its own fate. Instead, NATO wants to continue to support local security forces in Afghanistan for at least another 10 years, providing billions of dollars in aid and also providing expert consultants. The plan also calls for Afghanistan’s security forces to be reduced from around 330,000 people today to around 230,000 soldiers and police to provide security for the country starting in 2016. The international community must step in because Afghanistan today remains a dysfunctional and poor state that cannot afford a security apparatus of that size.

But when it comes to divvying up these costs, there is nothing even close to the kind of unity NATO chief Rasmussen hinted at on Wednesday. Months ago, the United States dispatched diplomats to all NATO member countries to present the bill for the mission that would follow the long deployment in Afghanistan. According to the diplomats, support for Afghan security forces would cost, at a minimum, a whopping $4.1 billion per year.

The US emissaries also came with an offer from Washington stating the Americans would be prepared to assume half of the annual costs, with Afghanistan covering a further half-billion on its own in order to show that it is making progress in governance. The remaining NATO partners must come up with the remaining $1.8 billion.

Since then, the bargaining among NATO member states has resembled a bazaar, and has reflected the tough financial situation in a number of those countries. Diplomatic sources say that only a single country, tiny Luxembourg, made any concrete pledges in Brussels. The amount, like the country’s contribution to the post-ISAF mission, is modest. Other countries limited themselves to statements of intent. . . .

Britain was even less nuanced. Weeks ago, the financially strapped Brits signalled internally they would be prepared to make an annual contribution of $110 million, a figure that prompted collective headshaking and disbelief among other NATO member states. As the third-largest provider of troops in Afghanistan, one would have expected a bigger contribution from London. The figure is small even by the complicated measures NATO uses in allocating costs among members. Participants in Wednesday’s round of talks said that the Americans were irritated by Britain’s apparent stinginess and that both Leon Panetta and Hillary Clinton are planning to travel to London for bilateral talks. But the British strategy may ultimately prove successful. They can, after all, claim to have made a concrete offer already, even if it is small. And in Brussels on Wednesday, the pledge from London was celebrated as a success.

As funding negotiations continue, however, other EU countries — particularly those already struggling with outsized debt burdens — could prove even more problematic. Germany’s likely share of a few hundred million euros per year may seem symbolic compared to the billion euros it has already spent on maintaining its presence in Afghanistan. But Italy and Spain, both caught in the vice of the Continent’s ongoing debt crisis, could find it extremely difficult to pledge funding for an extended period of 10 years.  (photo: NATO)