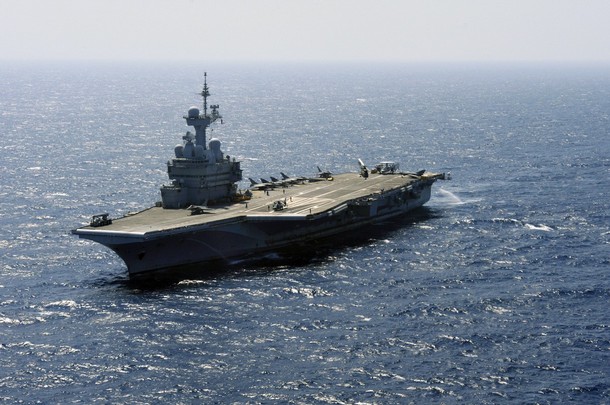 From Reuters: Following are the military assets that could be used in action against Libya :

France, which was at the forefront of the push to take action in Libya, would likely deploy Mirage and Rafale fighters from air bases near the Mediterranean towns of Marseille and Istres or from the island of Corsica. …

France’s Charles de Gaulle aircraft carrier is at the Mediterranean port of Toulon so would be ready to deploy fast. …

Britain said it would deploy Typhoon patrol jets and all-weather Tornado attack aircraft which are based at Royal Air Force bases in Scotland and the eastern county of Norfolk but would be moved in the coming hours to unidentified bases nearer Libya. …

Britain has two frigates off the Libyan coast: HMS Cumberland and HMS Westminster. …

Italy is unlikely to take part in strikes but is expected to provide its air base at Sigonella in Sicily for NATO operations.

Fighter jets leaving from Sicily could reach Libya in around half an hour.

The Dutch government said it backs the no-fly zone over Libya and would support a military intervention if asked, but has not been asked to contribute for now.  (photo: Getty)