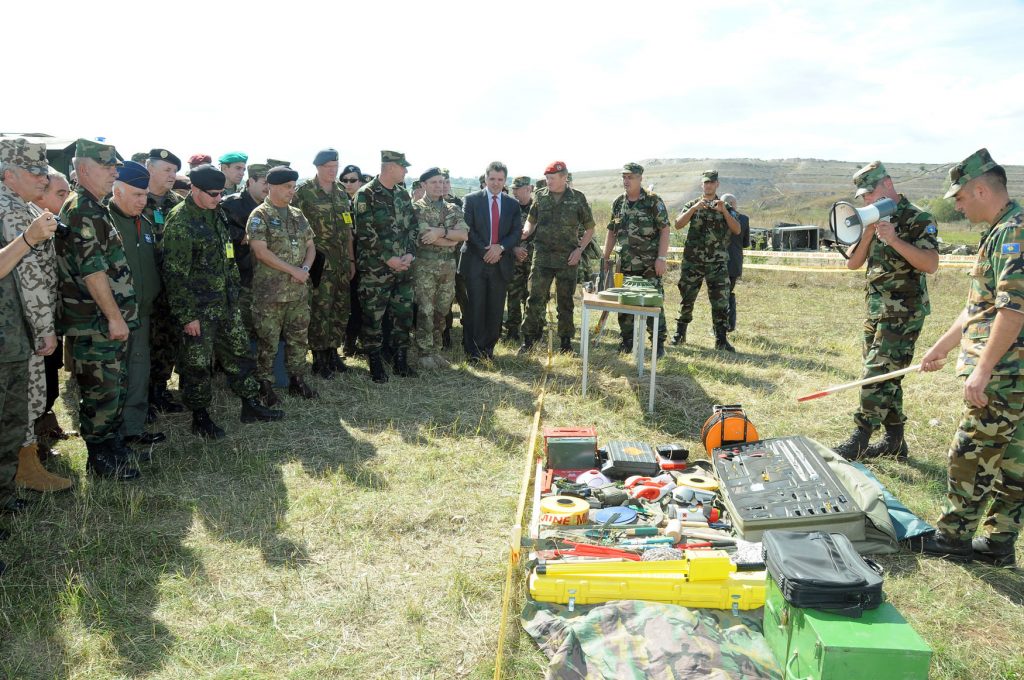 Later on, the NATO Delegation attended two crowd control exercises – at Devic Monastery and at Camp Nothing Hill – where KFOR, EULEX and the Kosovo Police (KP) demonstrated their ability to operate jointly and in close cooperation, in rapid response to emergency situation scenarios.

Concluding the visit, Admiral Giampaolo Di Paola, Chairman of the Military Committee, expressed his appreciation for the progress made by the KSF and the  enhanced practical cooperation between the different security bodies: “Today we saw a demonstration of what EULEX, KFOR and the KP are capable of doing together. This strengthens our confidence that Kosovo’s safe and secured environment can be properly guaranteed. Important work has been achieved so far, and now we must all continue on the path of progress in Kosovo."  (photo: NATO’s International Military Staff)