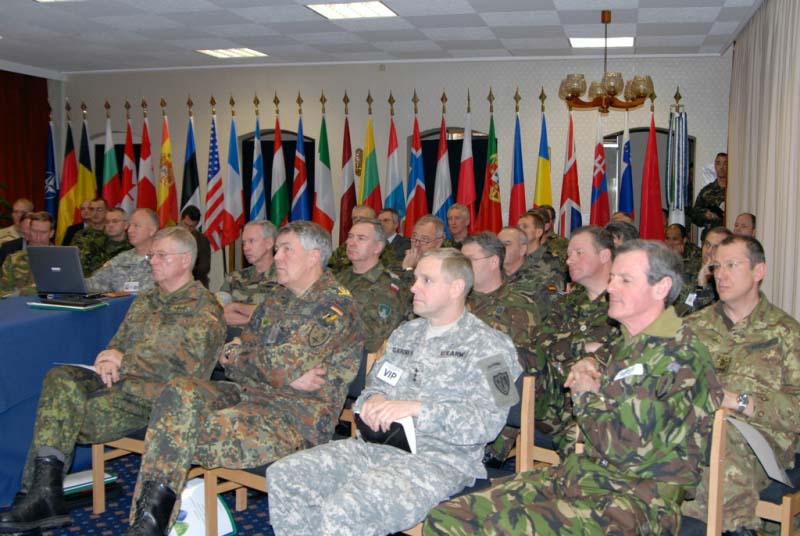 From Julian Lindley-French, New Atlanticist:  H]ow can NATO address its most pressing emerging security challenge: how to close the strategy-austerity-capability gap?

The Alliance and its members have an as yet untapped capability too often overlooked – knowledge, education, and training.  The fact that Hagel chose to deliver his realistic message about US defense strategy at NDU speaks volumes.  Put simply, the more NATO militaries face capability and capacity cuts, the more the need to think creatively across narrow domains.  That means quality NATO people.  It also means a wholly new approach to professional military education and much greater synergy and cohesion between the defense academies across the Alliance who deliver both education and training (they are two sides of the same quality coin).

If I have a passion (apart from my wife and Sheffield United – I think in that order) it is professional military education.  To my mind education, the knowledge it is built upon and the connectivity it breeds is the missing link between NATO nations that will help the Alliance close the strategy-austerity-capability gap.

NATO 2020 pre-supposes defense modernization at a time of acute defense austerity.  NATO has created both Smart Defense and the Connected Forces Initiative both of which further pre-suppose much greater synergies between capabilities and capacities.  Today, value for money in defense strategy is as much about ‘human software’ as hard capability.  Therefore, critical to NATO 2020 must be a model of professional military education that aims to promote comparative advantage of NATO personnel both on and off the battlefield.

Such a goal will only be realized if a) lessons-learned are properly captured to ensure corporate memory is translated into best operational practice; b) exercising and training really tests weaknesses rather than confirms strengths and as such are scientific, rigorous, structured, and connected; and c) such lessons are communicated into the defense (and security) classroom.  In other words NATO must become as much knowledge nexus as military nexus.