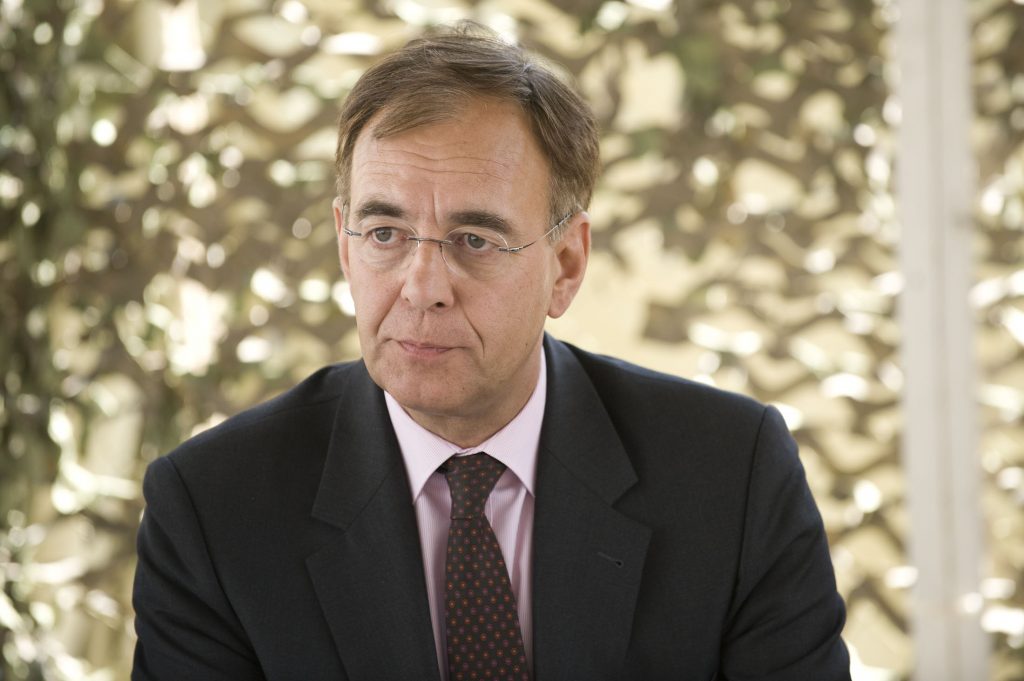 Ambassador Jochems will replace Ambassador Simon Gass, who has served as the Senior Civilian Representative since April 2011. Ambassador Jochems will represent the Alliance’s political leadership in Kabul. He will work to support  NATO’s goal of a sovereign, secure and democratic Afghanistan, as agreed most recently at the Chicago Summit. This will mean practical coordination with the Afghan authorities on issues like transition and NATO’s post-2014 partnership with Afghanistan. It will also involve a close partnership with the ISAF Commander as well as the international community. . . .

Ambassador Jochems, who is currently the Ambassador of the Kingdom of the Netherlands to Estonia, is expected to take up his new post in October. He has extensive experience at NATO and previously served as NATO’s interim Senior Civilian Representative in Afghanistan in 2008. He served as Deputy Assistant Secretary General for Plans in the Operations Division of NATO’s International Secretariat, during which he was deployed to Pakistan to manage NATO’s disaster relief support to Pakistan during the earthquake in 2005.

“Ambassador Jochems brings with him an in-depth knowledge of Afghanistan and the wider region which will be of great benefit to our mission there,” said the Secretary General. “His appointment comes at a crucial time for ISAF as we continue to hand over more areas of security control to the Afghan National Security Forces.”  (photo: NATO)