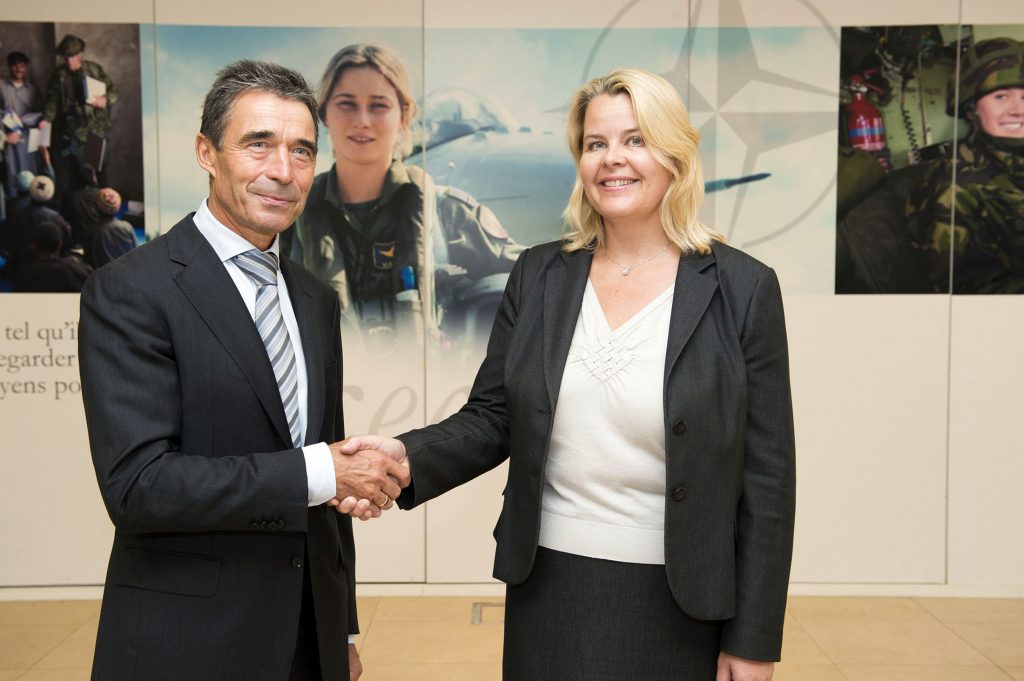 She will reinforce and promote the implementation by NATO of United Nations Security Council Resolution 1325 on women, peace and security, and of related resolutions. Her mandate includes raising awareness of NATO’s policies and activities in this area, ensuring their coordination, and cooperating with the United Nations and other relevant organisations. This is the first time NATO has appointed a special representative for these issues.

Ms. Skåre, who is currently the deputy permanent representative of the Permanent Delegation of Norway to NATO, has previously served as the deputy head of mission at Norway’s embassy in Afghanistan, and as a counsellor at Norway’s Permanent Mission to the United Nations. . . .

“The appointment of the Special Representative demonstrates how much NATO values the unique contribution of women to our armed forces and operations and their important role in conflict prevention and resolution,” he said. “That is why NATO has gender advisors at our top political and military headquarters and at our operational headquarters in Afghanistan and Kosovo. The appointment of a Special Representative means that these issues will be even better taken into account at the highest political level. . . .”

Ms Skåre is expected to take up her position in September.  (photo: NATO)