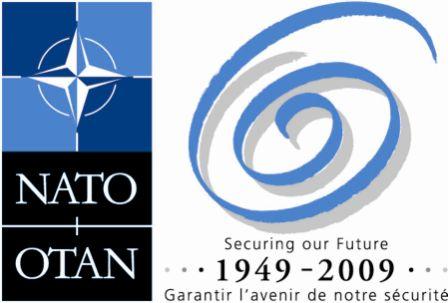 From James L. Jones & Thomas J. Donohue, New Atlanticist:  There’s a growing and welcome awareness among NATO partners that we can’t meet our security needs without stronger, healthier economies. Flagging competitiveness, unsustainable entitlement spending, and the ticking time bomb of oversize sovereign debt threaten our ability to tackle urgent security threats and pose the greatest challenge to the future of the trans-Atlantic community since the Cold War.

The wolf closest to the throat of trans-Atlantic prosperity and security remains the potentially catastrophic eurozone crisis. In the United States, a looming fiscal cliff at year’s end—triggering massive tax increases and draconian cuts in national defense — could drive the American economy back into recession. . . .

Sustainable growth comes from only one place — the private sector. Government’s responsibility is to create conditions in which the private sector can drive economic expansion, investment and job creation. That means trans-Atlantic nations must further open markets, weed out unnecessary regulations, reform taxes, improve the workforce through better education and immigration policies, and let the marketplace, rather than government, pick the winners and losers.

One significant way to stimulate job creation and growth in the alliance is through an ambitious trans-Atlantic economic and trade pact that would reduce costs by eliminating tariffs, free services trade, minimize unnecessary regulatory differences, facilitate investment and broaden procurement opportunities. A pact could help expand our economies by $170 billion in five years if we did nothing more than eliminate tariffs on goods. . . .

The trans-Atlantic community still represents nearly half of global GDP, and we conduct nearly 40% of global trade. Even more compelling are the standards we set and the values we instill. An energetic U.S. and EU partnership is a must if we are to uphold the principles of a rules-based trading system through the WTO and other vehicles and advance our common interests. Those interests include curbing rampant theft of intellectual property, protecting data privacy while keeping the Internet open and free, and finding common approaches to what could emerge as one of the greatest economic and security challenges of this century — cybersecurity.

In the last century, the trans-Atlantic community saved mankind — by working and sacrificing together. Now, it’s time to make history again by securing a better future through a stronger NATO alliance and a vibrant economic partnership for prosperity.

General James L. Jones, USMC (Ret.), is a former Supreme Allied Commander Europe and serves as chairman of the Brent Scowcroft Center on International Security at the Atlantic Council. Thomas J. Donohue is president and CEO of the U.S. Chamber of Commerce. This piece was first published on Investor’s Business Daily.