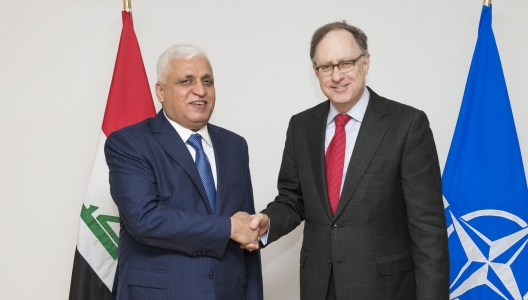 Nato, the world’s largest military alliance, is preparing to add its weight to the international campaign against the Islamic State of Iraq and the Levant, known as Isis, after discussions with senior Iraqi government officials in recent weeks.

Nato has made it clear to the Iraqi government that it is ready to commit resources to the fight against Isis if a formal request for assistance is made by Haider Al-Abadi, the country’s prime minister.

Any formal request for assistance from Nato would be “pushing at an open door,” said one senior figure from the alliance, who added that Nato officials had discussed in detail how a request might be formulated. “We have been expecting that a letter from Abadi will arrive any day now,” he added.

Nato support for Baghdad would almost certainly take the form of a revival of the alliance’s former training mission for the Iraqi armed forces, which was wound up in 2011. The initial effort could mean up to 300 Nato troops deployed to train Iraqi commanders, according to one Nato official, with Jordan discussed as a possible location for such an operation.