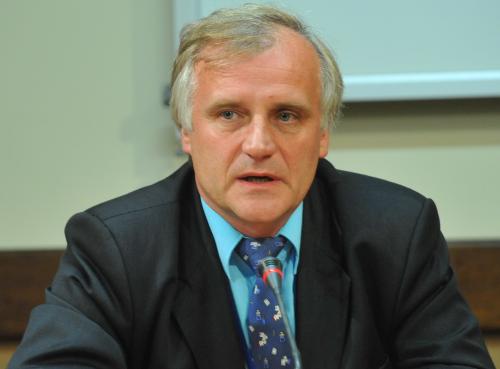 From RIA Novosti:  NATO has defense plans in regard to Russia for all neighboring NATO member countries including Poland and the Baltic republics, Director of the NATO Information Center in Moscow Robert Pszczel said on Monday.

According to confidential U.S. diplomatic cables released by Wikileaks, NATO’s Military Committee agreed in January to expand Eagle Guardian, the Alliance’s contingency plan for the reinforcement and defense of Poland, to also include the defense and reinforcement of Estonia, Latvia, and Lithuania.

"It is not a revelation that these plans do exist," Pszczel told reporters in Moscow. "But what we promised to each other [during NATO-Russia summit] in Lisbon when we said that NATO does not regard Russia as an enemy or a threat is also a reality."   (photo: NATO)