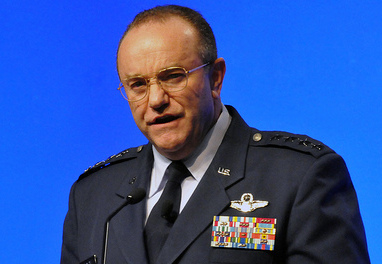 “The international community, elements of NATO and the United States are prepared to destroy the chemical weapons,” Gen. Breedlove, who is the 17th Supreme Allied Commander Europe of NATO Allied Command Operations, said.

“We have the existence requirements to address this issue in place, so we encourage Syria to be on schedule and on time to deliver the weapons, so we can get the task accomplished,” he added.

Under a timeline drawn up last year, the most toxic chemicals in Syria’s 1,300-metric-ton stockpile were to be removed from the country by Dec. 31. The deadline was missed due to poor security in war-torn Syria, among other factors.

So far, just two small consignments of chemicals have been shipped out.