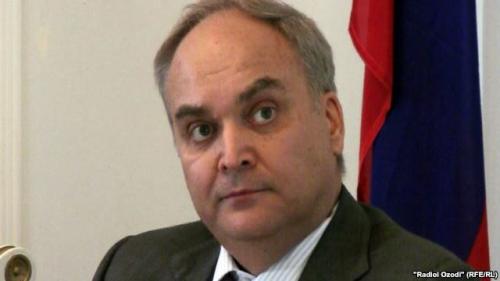 ISAF “has been too hasty about making the final decision to pull out in 2014,” Deputy Defense Minister Anatoly Antonov said, adding that Afghan “domestic security forces capable of countering radical elements have not yet been created.” Antonov said Moscow is “doing very much to strengthen our contingents” in the former Soviet republics of Tajikistan and Kyrgyzstan ahead of the pullout.

Some 7,000 Russian troops are stationed at three military bases in Tajikistan, whose border with Afghanistan stretches 1,200 kilometers (750 miles). Collectively known as the 201st military base, it is Russia’s largest military contingent deployed abroad.

Kyrgyzstan hosts a Russian airbase with about 700 servicemen outside the Central Asian nation’s capital, Bishkek. The Kant airbase serves the interests of the Collective Security Treaty Organization – a Moscow-led security bloc. . . .

GRU head Lt. Gen. Igor Sergun said the situation in Afghanistan poses a “serious challenge to international stability” and the ISAF withdrawal could also increase the threat of terrorism and religious extremism.