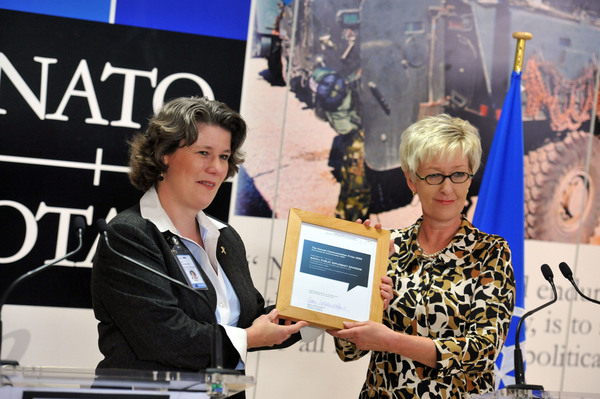 “In 2009, NATO’s Public Diplomacy Division did a solid job in developing the web-based communication of the Alliance,” said Minister Lillelund Bech. “The web-based effort has made it possible to explain to the general public what our effort in Afghanistan and elsewhere is all about. …”

The Minister underlined the increase in use of NATO’s video coverage by international media outlets: “In 2009, the use of natochannel-produced features in international news agencies increased from 114 in April to 674 in December.”

Dr Stefanie Babst, NATO’s Acting Assistant Secretary General for Public Diplomacy, accepted the award on behalf of the Division. "In the past couple of years, we have tried very hard to make our web stories and content responsive, attractive and informative," she said.  (photo: NATO)