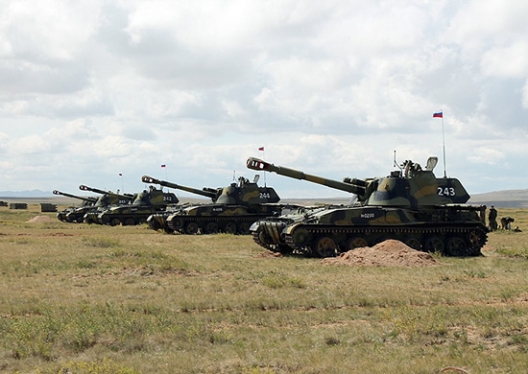 NATO on Wednesday defended the number of military exercises it has staged as a response to “growing Russian aggression” and refuted suggestions that they were helping make war in Europe more likely.

The alliance was reacting to a warning from a London-based think tank about the risks from a sharp increase in Russian and NATO war games since the conflict between the Ukrainian government and pro-Russian separatists flared up in April last year.

“They are intended precisely to have the opposite effect: to enhance security and stability in Europe in response to growing Russian aggression,” Romero said in a statement.

“All NATO military activities are proportionate, defensive, and fully in line with our international commitments,” she added….

Romero said the “report misleadingly puts NATO and Russian exercises on a par,” adding that Moscow has announced 4,000 exercises for this year, more than ten times what the allies have planned.”