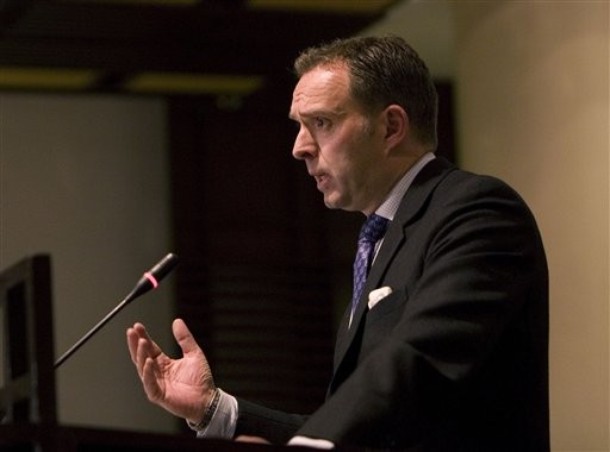 From Mark Sedwill, NATO:  Essentially what we would expect to happen, if you look at a province, what we would expect to happen is that as Afghan Security Forces take on more responsibility we can thin out. It’s not handing off, it’s not sort of throwing the responsibility over. We would thin out and be able to reduce the number of NATO forces within a province.

But essentially those forces, that dividend, if you like, would go to three places. One tranche of those forces would be redeployed to conduct other counterinsurgency operations within the same region because there are… the fact is that we will be transitioning in areas that are secure enough to be transitioned, there will still be contested areas that need our efforts.

So one tranche of forces released by transition will be redeployed to counterinsurgency operations elsewhere.

Excerpt from a script for transition in Afghanistan by NATO’s Senior Civilian Representative in Afghanistan, Ambassador Mark Sedwill.  (photo: AP)