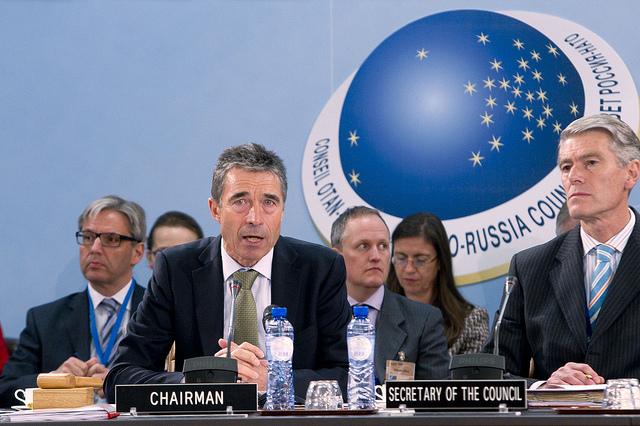 Statement by the Chairman of the NATO-Russia Council on US-Russia framework for the elimination of Syrian chemical weapons.

Today [Sept. 17] we convened an extraordinary session of the NATO-Russia Council to discuss Syria.

We welcomed the framework for the elimination of Syrian chemical weapons agreed between the United States and Russia, called for expeditious agreement of a UN Security Council Resolution to ensure effective implementation of the framework, and noted the importance of the swift, secure and verifiable elimination of Syria’s stocks of chemical weapons.

As the United Nations Secretary-General Ban Ki-moon has made clear, the use of chemical weapons is a grave violation of the rules of international law and the international community must hold those responsible accountable.

The members of the NATO-Russia Council condemn the use of chemical weapons and expect full compliance with the demands of the international community. In the event of non-compliance the UN Security Council should impose measures under Chapter VII of the UN Charter, as stated in the framework agreement.

We continue to support all efforts to reach a political solution to the conflict in Syria.