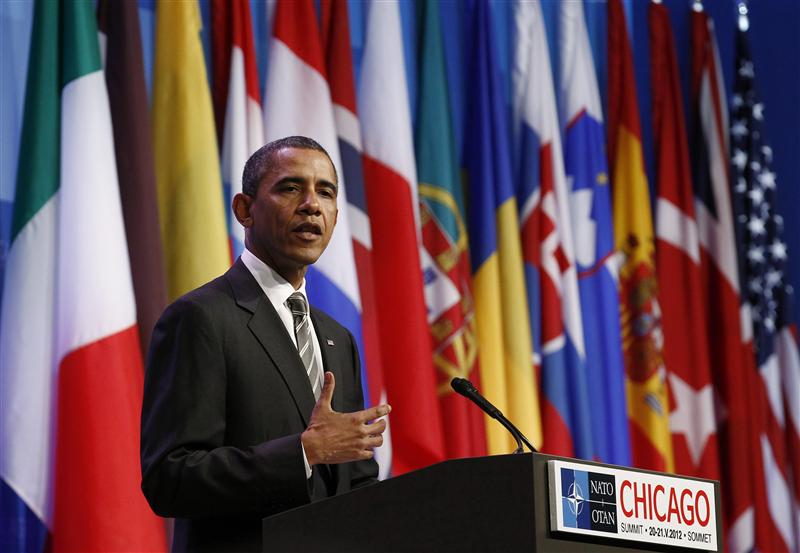 From Fred Kempe, Reuters:  What really connected the G-8 and NATO meetings was a growing realization that the biggest threat to the alliance – and, for that matter, to Obama’s re-election hopes – is the euro zone crisis. That risk comes at a time when U.S. debt and political dysfunction makes the West far less resilient. So for all the talk in Chicago about common purpose in Afghanistan, NATO’s most existential danger now comes from within, and its root causes are economic.

When NATO strategists weigh the many threats facing them, they tend to focus first on their founding treaty’s Article 5, which requires all members to defend a single ally against an external security threat. Insiders also often discuss Article 4, which allows for a member country like Turkey to seek urgent alliance consultations when it foresees new dangers, as was the case during the Iraq war and is now again the case concerning Syria.

Yet it’s time for NATO to dust off its long-forgotten Article 2, known at the treaty’s writing in 1949 as “the Canadian article,” because of that ally’s early insistence that military strength couldn’t be separated from economic health. It committed all NATO members to “strengthening their free institutions” and “promoting conditions of stability and well-being. They will seek to eliminate conflict in their international economic policies and will encourage economic collaboration between any and all of them.”

That article was put forward by then-Canadian Foreign Minister Lester Pearson, and was enthusiastically supported by the U.S., because both countries feared NATO would become too much of a military assistance program without sufficient economic cooperation or benefit. Under the logic of Article 2, ambitious free trade and investment agreements – of the sort the Obama administration is currently postponing with Europe – are as strategically important as defense programs. . . .

According to Article 2, it is also a NATO matter whether Greece leaves the euro zone, given its European, transatlantic and global repercussions. How France and Germany settle their dispute over the policies of growth versus austerity, again, is an issue of deepest concern to the alliance. The growing divide that the euro crisis is creating between the north and south of Europe has significant implications for the future solidarity of NATO members that goes far beyond, but also includes, the sharp decline of defense budgets.

The wider implications of the euro crisis go right to the heart of the geopolitical and security issues that concern NATO. . . .

It’s time for the North Atlantic Council of allied leaders to convene, as provided for under Article 2, to address economic issues that have become matters of strategic consequence.  (photo: Reuters)