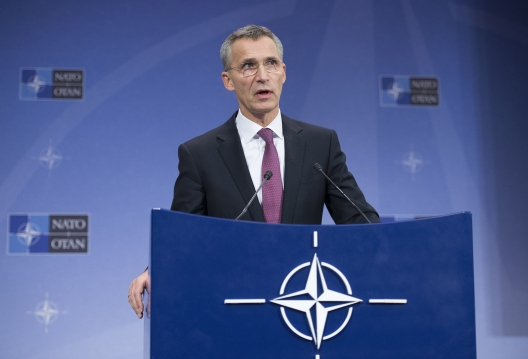 Leaving combat operations in Afghanistan behind, NATO is shifting its focus to Europe in 2015 and the creation of its new ultra-rapid-reaction force, designed as a deterrent to Russia.

The priority for the 28-member alliance will be to get the new agile expeditionary force into operation, but also settling the question of who will pay for it, analysts say.

The multinational force, often called the “spearhead,” was ordered into existence by President Obama and other NATO leaders in September so it could be deployed to reinforce alliance members feeling threatened by the actions or ambitions of Vladimir Putin’s Russia.

NATO Secretary-General Jens Stoltenberg has called the new force and other components of the reboot of alliance capabilities “the biggest reinforcement of our collective defense since the end of the Cold War.”

Stoltenberg, now in his third month as the alliance’s top-ranking civilian official, said it is his “top priority to implement this plan in full and on time.”

With NATO officially out of combat operations in Afghanistan as of Jan. 1, the alliance’s agenda is expected to be dominated by the new strategic realities in Europe conjured up by Moscow’s annexation of Crimea and alleged proxy war in eastern Ukraine, and what the West should do in response. . . .

“The main task will be to decide what this force will be, where it will be based, and how it will be commanded,” [the Polish Institute of International Affairs’ Marcin] Terlikowski said. “It’s also about money.”

It is unclear who will pay for the force, said Bruno Lete, senior program officer for foreign and security policy at the German Marshall Fund, a Brussels-based think tank.