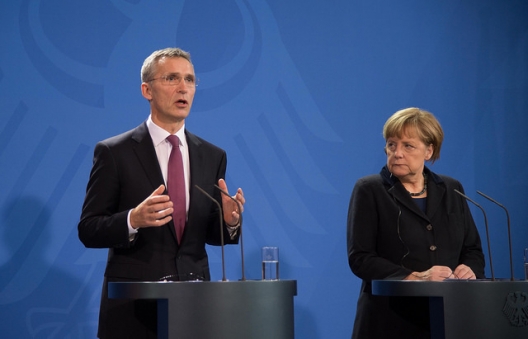 On Monday, the eve of the 60th anniversary of Germany joining NATO, Secretary-General Jens Stoltenberg gently reminded Berlin that the suggested minimum defense spending for alliance members is 2 percent of GDP. Germany, at around 1.2 percent, is spending just 60 percent of the recommended quota.

“I’m addressing all members, but as a major economy, Germany falls short more significantly than others,” the “Süddeutsche Zeitung” quoted Stoltenberg as saying in an interview published on Monday. “The USA gives 4 percent of GDP for defense. In Europe, we’re closer to 1 percent. That is not a fair share….”

“Nobody expects that Germany will do it within the year,” Stoltenberg told the Süddeutsche. “We expect that Germany will stop the curtailments and gradually increase.” He added: “For many years, Germany has profited from security guarantees of collective defense, and now we want to ensure that our eastern members can receive the same benefits.”