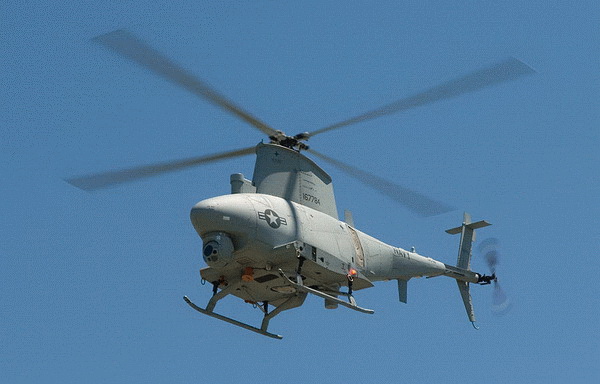 From the BBC:  Nato has lost an unmanned helicopter drone involved in the Libyan campaign, a Nato spokesman has said.

The helicopter was carrying out reconnaissance over Libya "to monitor [leader Muammar] Gaddafi’s forces threatening the civilian population", he said.

From Reuters:  [Wing Commander Mike Bracken] denied a Libyan state television report that a NATO Apache attack helicopter came down over Libya. "NATO confirms it has not lost any attack helicopter," he said.

NATO officials declined to identify the nationality or type of the aircraft, but NATO sources said the alliance has been operating the MQ-8 Fire Scout helicopter drone, made by U.S. firm Northrop Grumman , over Libya.

The aircraft is the first reported lost by NATO over Libya since took over the air strike mission on March 31. (photo: aboutweapons.com)