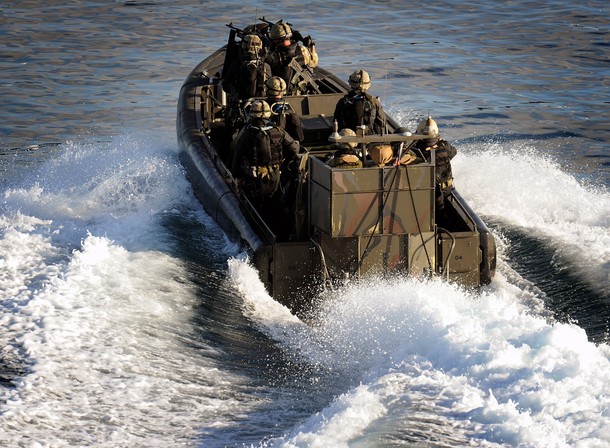 From Saleh Al-Shaibany, Reuters:  The threat from Somali pirates is receding but the international community must continue to work together to eliminate the menace, a NATO official said on Saturday.

"We are getting more successful in reducing the Somali piracy threats with our constant patrolling but the international community must continue to exchange ideas and increase efforts to completely eradicate the problem," Commodore Ben Bekkering, NATO’s counter-piracy commander, said at a news conference on Dutch war vessel HNLMS Evertsen in Muscat.

According to the International Maritime Bureau, there were 69 hijacking incidents by Somali pirates from Jan. 1 to July 12 this year, a drop of 32 percent compared to the same period in 2011. . . .

"The Somali piracy crisis is costing world trade billions of dollars a year. It is important we all work together to stop it," Bekkering said.  (photo: Getty)