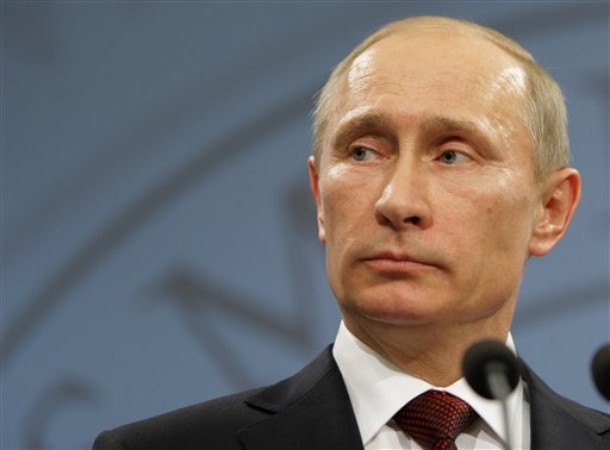 From Slobodan Lekic, the AP:  Russian President Vladimir Putin is unlikely to attend NATO‘s summit in Chicago due to his busy schedule at home, the alliance’s top official said Wednesday.

Relations between NATO and Moscow have become increasingly strained over U.S. plans for a missile shield in Europe, putting Putin’s attendance in doubt.

NATO Secretary-General Anders Fogh Rasmussen said that he had spoken to Putin, who is scheduled to be inaugurated as Russian president shortly before the May 20-21 meeting, and that they "agreed that the timing is difficult because Russia has a very busy domestic political calendar."

However, Putin will meet with U.S. President Barack Obama at a Group of Eight meeting of leading industrialized nations summit at Camp David, Maryland, just before the NATO summit.

Fogh Rasmussen told reporters that a bilateral meeting would be held as soon as possible after Putin’s inauguration on May 7, and that Russia would attend a meeting of NATO’s foreign ministers in Brussels on April 18.

"That shows that we are all committed to dialogue and to practical cooperation, and this will continue until Chicago and it will continue after Chicago, because our relationship with Russia isn’t just about one day or one meeting, it’s about the long term," he said.  (photo: AP)