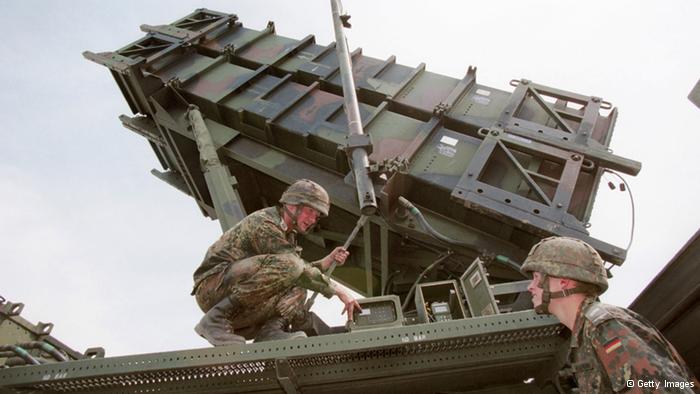 The NATO team visited military facilities in Malatya province, some 200 kilometers (124 miles) from the Syrian border, the Anadolu Agency reported. The province is already home to an early warning radar that is part of NATO’s missile defense system, which is capable of countering ballistic missile threats from Iran.

The visit came as the alliance said it would “favorably examine” Turkey’s request for the air defense missiles but was awaiting the team’s report on where to base them.

NATO spokeswoman Carmen Romero said the NATO team was expected to finish its work in the next few days and would feed its proposals to NATO’s military authorities.

“This recommendation is a key element in the Council’s decision-making process,” she said, in reference to the North Atlantic Council, the alliance’s governing body that is made up of the ambassadors of all its 28 members. . . .

Once NATO and the national parliaments in Germany and the Netherlands approve the deployment of the Patriots, it will probably take at least another month before they become operational. Due to the complexity and size of the Patriot batteries — including their radars, command-and-control centers, communications and support facilities — they cannot be flown quickly by air to Turkey and will probably have to travel by sea, officials said.

The deployment of the Patriots is also likely to be discussed at a meeting of NATO foreign ministers in Brussels next Tuesday and Wednesday.

From Deutsche Welle:  According to Turkish sources, said DPA, around 30 experts from Germany, the Netherlands and the US had traveled to Turkey. They met with members of the Turkish Joint Chiefs of Staff before heading to the southeast of the country, near the Syrian border.

Locations in the southeast province of Hatay, as well as the eastern provinces of Gaziantep and Sanliurfa are being considered for the rockets. The experts are reportedly exploring the logistical and security needs of the potential sites. . . .

The experts are not only taking into consideration potential threats from Syria, but also infrastructure, including roads, power and accommodation for the expected NATO force of approximately 170 troops that would be deployed to man the rockets.  (photo: Getty)