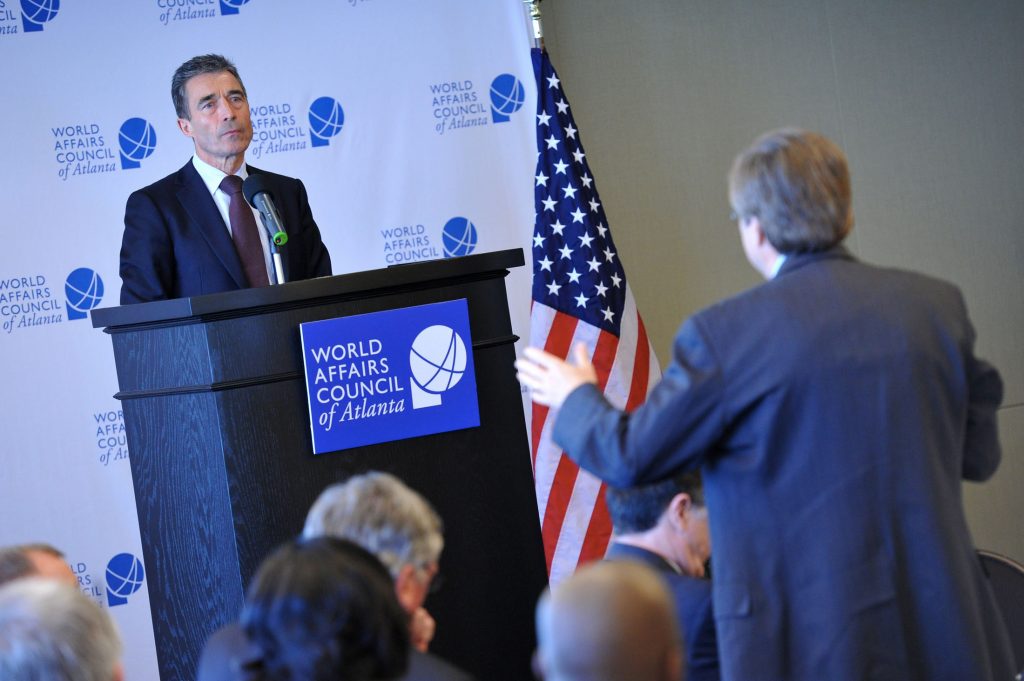 From Anders Fogh Rasmussen, NATO:  Over the years, your country’s military forces have done an exceptional service for freedom, peace and democracy.   That commitment continues today.  And I have come to the United States to express my own sincere appreciation, and that of all the NATO Allies.

There may be misperceptions about NATO, and let me deal with them up front.  Some believe that NATO is an unequal partnership, where the United States does all the heavy lifting and Europeans get the benefit.

But NATO’s security guarantee applies to all the Allies.

Europe came to America’s aid within hours of the 9/11 attacks.  We invoked the collective defence clause in our founding treaty for the first time in NATO’s history.  We made clear that an attack on the United States was an attack on all Allies.

That commitment is not just words.  It is a reality every day.  In Afghanistan, for example, over 40,000 Allied and partner troops are fighting shoulder-to-shoulder with American forces.  Georgians from the US state of Georgia and Georgians from the Republic of Georgia patrol Afghan villages with French and Polish troops.

NATO is a true Alliance.  We are all in it together.  All 28 Allies make shared sacrifices for our shared values and our shared security.

When I was growing up in Denmark, we feared nuclear attack.  United in NATO, we faced down that threat, and we overcame it.

Today, many different challenges lie before us.  They are less predictable, but no less dangerous.  And we can only address them together.