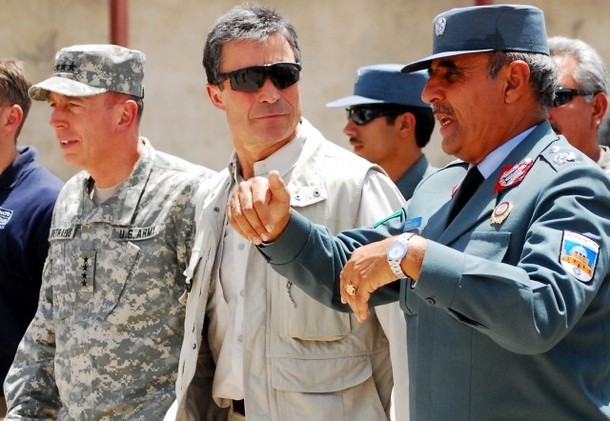 From Anders Fogh Rasmussen, NATO:  Of course, it will be impossible to defeat every last Taliban fighter. That’s not the idea. But we can keep them under pressure, prevent them from achieving their political goals, and train Afghan forces to do the same. That’s exactly what we’re doing. .

Third: they suggest Al Qaeda is gone for good from Afghanistan. This is nothing more than hope. Al Qaeda are barely present in Afghanistan because we have made it impossible for them to be there. They are just across the border. The Taliban has never renounced their ties to Al Qaeda. If we were to let up the pressure, they would be back. Any other suggestions is just wishful thinking.

And that’s exactly the point. Our strategy is not quick and it isn’t easy. But it is sound. For our security we need Afghanistan to be able to take care of its own security, to be inhospitable to terrorism. That means building it up until it can stand, first with our support, then alone. So that one day we can bring our forces back.

And it is working. Because we’re there, the Taliban are under pressure throughout Afghanistan, and Al Qaeda has no safe haven. Afghan forces are steadily getting more and more capable, and we will only transition to Afghan lead when they are ready. Which means that the insurgency in Afghanistan can bomb and terrorise and murder. But they cannot take power. They cannot win.