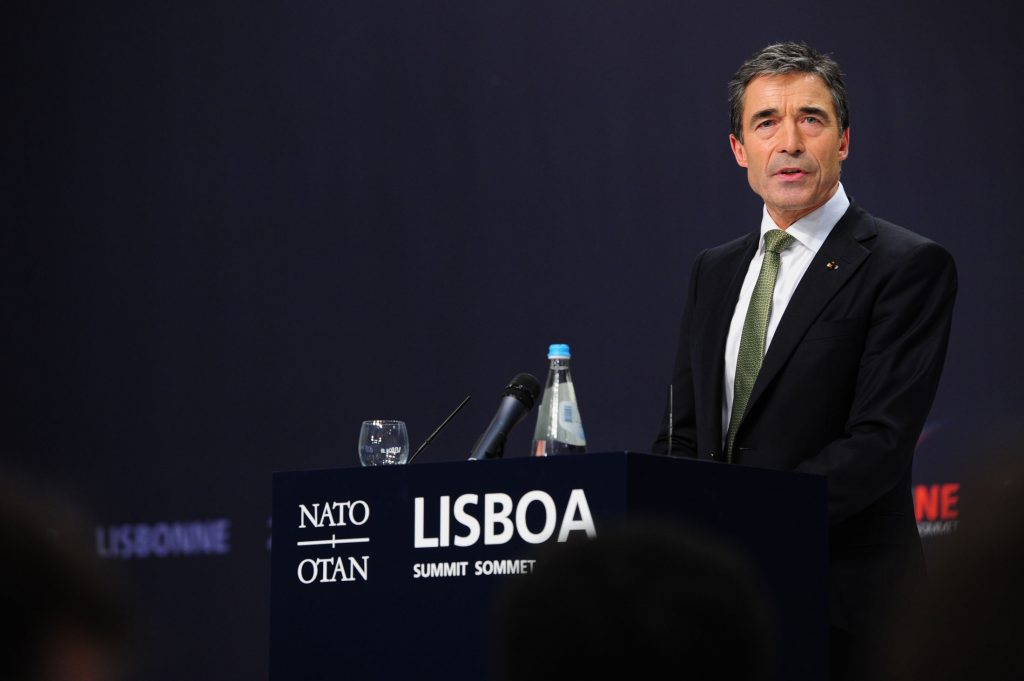 From Anders Fogh Rasmussen, NATO:  This summit in Lisbon has been a great, great success. The NATO summit of the 28 allies agreed the new strategic concept. We took the decision to build a missile defence system to protect European populations and territory against missile attack, and we launched a profound reform of the alliance. We will cut fat and build muscle. We will reduce the command structure by one third. We will cut the number of agencies from fourteen to three, and we are restructuring the NATO headquarters as well, all of this to reinvest in capabilities we need today.

The Afghanistan meeting launched the process of transition, whereby Afghanistan will steadily take lead responsibility for its own security. We signed a long-term partnership between NATO and Afghanistan to make our enduring commitment to the Afghan people very clear, and based on the offers I have heard here in Lisbon, I believe we are getting very close to meeting the requirement for trainers, and trainers are the ticket to transition.

Taken together with the decisions we have taken in the NATO-Russia Council on missile defence, on the joint review, on fighting terrorism and piracy and on Afghanistan, I believe this is one of the most substantial NATO summits you’ve ever seen. I also think it is one of the most important summits in the history of this alliance, and today we have decided that we will meet again at the levels of head of state of government at a new summit in 2012 in the United States.