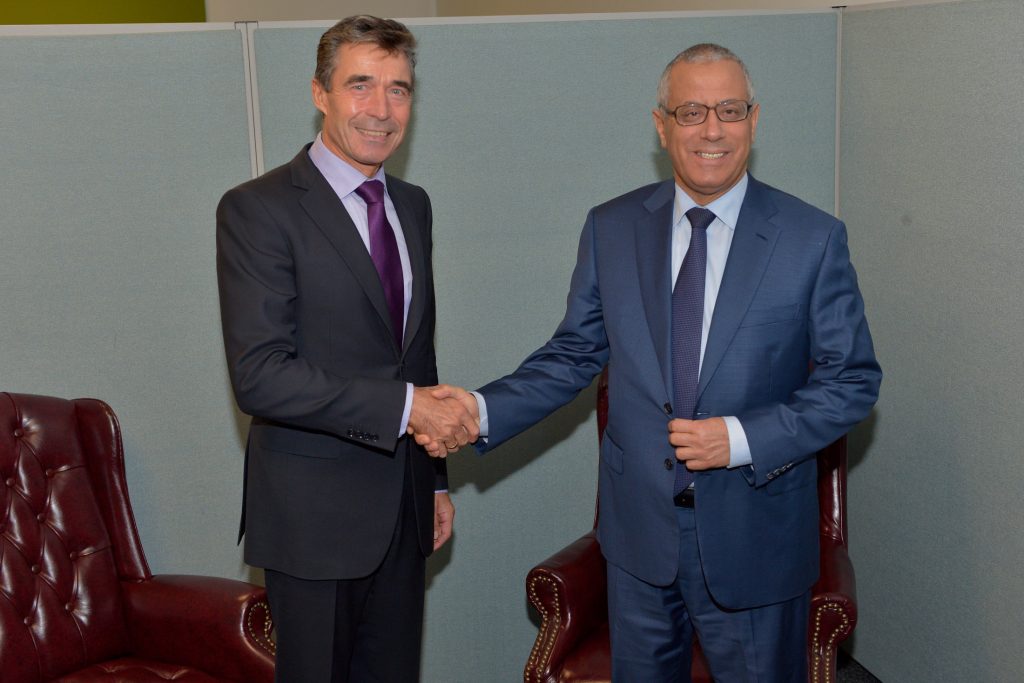 In his meeting with the Libyan Prime Minister, Mr. Fogh Rasmussen noted that Libya has achieved key milestones on its transition to democracy since NATO’s Operation Unified Protector in 2011. He stressed that NATO, which has relevant expertise in security sector reform, is currently examining a request by the Libyan government to assist in security institution building.

The Secretary General also held talks with the Turkish Foreign Minister Ahmet Davutoglu. They discussed issues at the top of NATO’s agenda, including the crisis in Syria and NATO’s continued Patriot deployment to help protect Turkey’s people and territory.