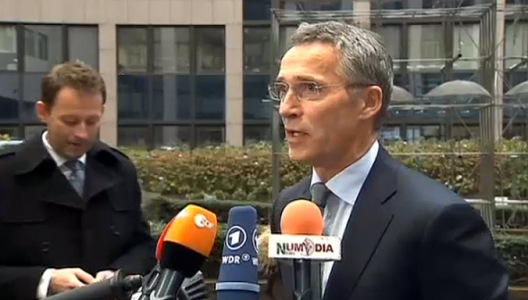 It is a military build-up. The picture we have confirms the picture which is also provided by other sources. By open sources, by independent reporters and by the OSCE. They are also information about the military build-up both inside Ukraine but we also see a military build-up on the Russian side of the border. We are speaking about troops, equipment, artillery, and modern air defense systems. This is a serious military build-up and we call on Russia to pull back its forces and contribute to a peaceful agreement.