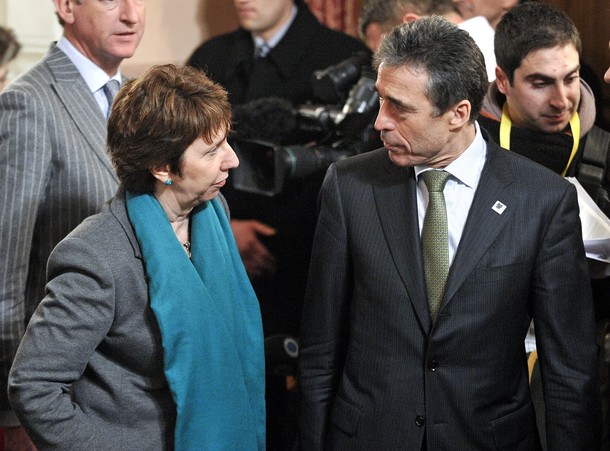 From Steven Erlanger and Stephen Castle, the New York Times:  [NATO Secretary General Anders Fogh] Rasmussen criticized a proposal from the foreign ministers of France, Germany, Italy, Poland and Spain to set up a defense-planning headquarters for the European Union based in Brussels. The plan is opposed by Britain, which sees the move as a duplication of NATO facilities and a waste of money — a view echoed by Mr. Rasmussen.

“I’m neither naïve nor unrealistic,” Mr. Rasmussen added. “I know very well, as a politician, that during a period of economic austerity you cannot expect increases in defense budgets.” That fact, he said, indicated that the alliance countries “need to make more effective use of our resources through more multinational cooperation — what I call smart defense.”  (photo: Getty)