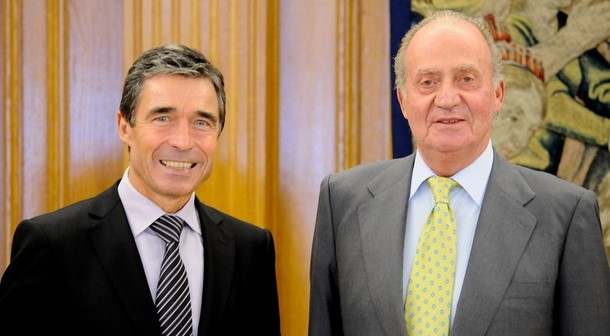 From Anders Fogh Rasmussen, NATO:  Now, many of you might be thinking: yes, we know why our soldiers are there. But the real question, Secretary General, is: is it working?

My answer is this. Slowly but surely, it is working. Of course, every day is difficult. Every day. But the big picture is this: in two thirds of the country, there is little conflict, and quite a bit of development.

In the South and East, there is a lot of conflict, it’s true. But Al-Qaeda has no safe haven anywhere in Afghanistan; the Taliban is under pressure almost everywhere; and the polls show that beyond any doubt, the Afghan people want us to stay and finish our job.

Things are moving on the political front as well. There will be national elections on the 18th of this month. They won’t be perfect. But this is only the second Parliamentary election the country has ever held. And it is not just a footnote that there are 400 female candidates. They are facing real threats, but they are persevering, and that is something to be proud of.

So, there is progress, military progress and political progress. This strategy can work and it is working. But it will take time and endurance.

Which brings us to the question of time: when will Afghans be able to stand on their own feet? How long will all of this take?

Our aim is that, by 2014, Afghans will be in the lead across the country, and we will start handing the lead to them next year.

But I would like to stress that handover doesn’t mean exit. It means moving into a supporting role. And it means that forces – freed up by transition – would sometimes be moved into other areas, not necessarily sending them home.

And my aim is to have a clear announcement, at the Lisbon Summit in November, of how and when we will do transition.