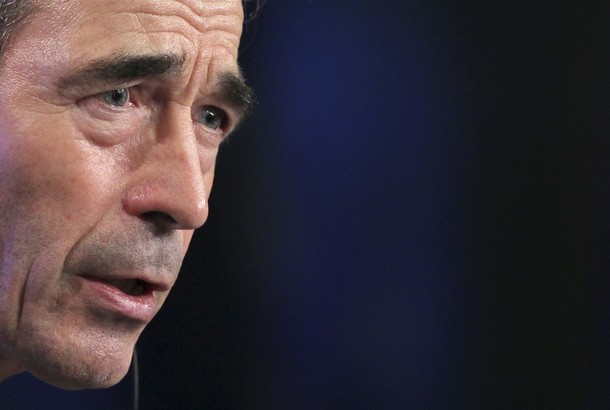 From Anders Fogh Rasmussen, NATO:  We have started the countdown to our Chicago summit. In just over six weeks from now, we will gather to renew the vital bond between European and North American Allies, and to strengthen the bonds with our partners across the globe.  So I expect solidarity to be a key theme.

We will show solidarity in supporting Afghanistan through transition, as we agreed at our Libson summit, and beyond. Solidarity in providing the Alliance with the capabilities it needs even in tough times. And solidarity in addressing global security challenges with our partners around the world.

In two weeks time, NATO Foreign and Defence Ministers will meet in Brussels to review our Summit agenda.

Despite the challenges, we can see progress on the ground. Attacks initiated by the enemy in January and February were down by 22% compared to the same period last year. In fact, each month since May 2011 has had fewer enemy-initiated attacks than the previous months. This is the longest sustained downward trend recorded by ISAF. . . .

Now the second item on the Summit agenda will be our Alliance’s capabilities: the tools we have to overcome the challenges we face. This is a vital issue, not just for one summit, but for years ahead. And it is one which we have to tackle in a time when resources are tight.

In Chicago, we will adopt a package of new measures through Smart Defence. That will ensure we set the right priorities together; encourage Allies to specialise by design, not by default; and foster multinational cooperation so nations can have access to capabilities they cannot afford on their own.

This defence package will also see us adopt a number of  multinational projects, each led by one Ally – ranging from pooling maritime patrol aircraft, to joint maintenance of deployed helicopters, to acquiring robots that will keep our soldiers safer from roadside bombs. . . .

So we can look to Chicago with confidence. But Chicago will not be the end of our efforts, only the start. We all have much work to do to ensure NATO remains strong and capable by 2020 and beyond.

Thirdly, in Chicago, I expect we will declare an interim missile defence capability. This is an important first step in bringing together national contributions to build an integrated defence against a real, and growing threat. . . .

Counter-terrorism. Missile defence. Those are both areas where NATO and Russia have interests in common. And there are many others. This month I expect we will pass the milestone of having trained 2,000 counter-narcotics officers from Central Asia, under the NATO-Russia Council training programme. . . .

Because our shared goal is to build a truly modernised strategic partnership. And the way to do that is through dialogue, and cooperation – just as we are doing.  (photo: Reuters)