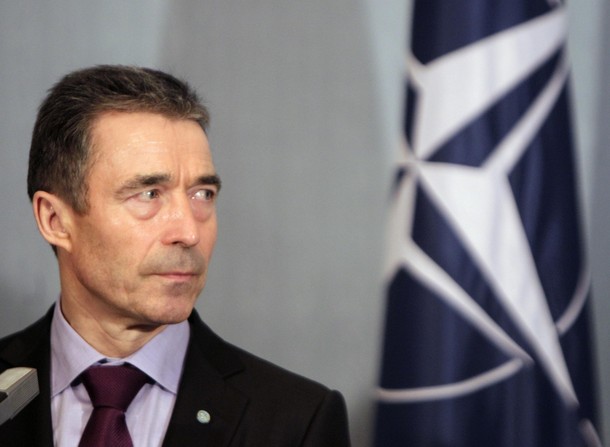 From Anders Fogh Rasmussen, NATO:  First of all, let me stress that obviously I understand very well that recent events, where French soldiers were killed, have created a lot of concern in France. As regards French contribution to our operation in Afghanistan let me stress that we all agreed at the Lisbon Summit to a process of transition, of security responsibility to the Afghan Forces, and an associated timeline. We outlined a road map, and it’s important to the success of our operations that we maintain a commitment to this agreed plan.

Now, as the French Defence Minister, [Gerard] Longuet, said at the weekend in Afghanistan, our mission remains the same, to strengthen the Afghan Security Forces so that they can ensure the security of their own country.

And as President [Nicolas] Sarkozy said yesterday, we will not allow ourselves to be impressed by this barbarity. Thus, that must strengthen us even more in our determination to work for peace. I fully associate myself with these statements from the French President and the French Minister of Defence.

Having said that, ultimately, of course, this is a decision for French authorities to make, following consultation with commanders and ISAF partners.