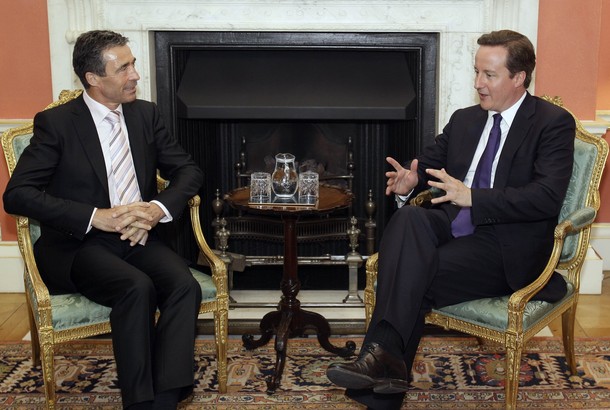 From James Kirkup, the Telegraph: He [NATO Secretary General Anders Fogh Rasmussen] also warned that cuts in defence spending could harm the Transatlantic relationship with the US and leave countries like Britain lacking the cutting-edge military technology needed to work with American forces. …

[British Defense Secretary Liam] Fox is drawing up plans to cut the defence budget by between 10 and 20 per cent over four years, raising doubts about major military projects like new aircraft carriers and fighter jets.

The US already accounts for almost three-quarters of total Nato defence spending, and Mr Rasmussen said he was “concerned” that European defence cuts will widen that gap.

“Militarily, in the case that we would like to co-operate with the Americans, we might end up in the absurd situation where we can’t because of an extreme technology gap,” he said.

“Politically, we might end up with a situation where the Americans find the Transatlantic relationship less relevant.”  (photo: Getty)